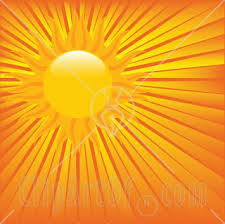 Day three of no A/C.  The small fan helps me sleep, but in the day’s heat, not much helps except to sit still at the dining room table under the ceiling fan.  Mother is suffering more today.  She went out in the sun to put water in the bird bath, then boiled water to make hummingbird feeder syrup and Jell-O, which heated up the kitchen further.  There’s nowhere to cool off.

“I’m headed to the post office to mail this package,” I said.  She sat under the dining room fan, crumpled, wilted and miserable in her sleeveless flowered shirt and white culottes that ended just above the tops of her compression hose.  She stared at the hand full of pills she takes every morning.  The classical music from the radio was doing nothing to soothe or cool either of us.

“When I come back, we’ll escape to the library for a couple of hours to cool off.”

She picked up a pill and her insulated water bottle. “Ok.”

That surprised me.  When I’d suggested it yesterday, she refused.  I’d decided today that we were going, even if it was forcibly.  Elderly people die in the heat all the time and since it’s my job make sure she’s ok, she was going to go cool off whether she liked it or not.

Post office and bank errands done in no hurry as I cooled off in the car’s a/c, Mother was waiting when I got back.  She’d taken her pills and changed into a short-sleeved, purple, red and green flowered blouse and purple slacks.

“Well, look at you all spiffed up.”  Mother goes nowhere public unless her hair is combed and sprayed and she’s dressed in nice clothes.

The a/c on high, we drove slowly to the library only to find an empty parking lot.  I left the engine and A/C running while I tried the big glass doors.  They were locked.

“I checked the library’s hours,” I said to a teen-aged girl sitting on the steps.

Back in the car we headed to Taco Bell to get Mother a Strawberry Mango Frutista.  They’re mostly high fructose corn syrup.  Mother loves them.

“I hope we don’t have an earthquake in this awful 98 degree heat,” Mother said.

“Well, if we do, maybe it will be a huge one that just takes us home to God.”

“You hope.  But what if it just leaves you in misery?”

“That’s what I mean.  A big one bad enough to kill us and then we’re home with God.”

“But that would be painful,” She said.

Arggh.  She is so negative it makes me crazy.

“But it would be so quick it wouldn’t matter,” I said

“But it would still hurt.”

“Well then,” I said, “I hope you get just what you want.  Lots of pain and misery and don’t die for ages while you suffer.”  I looked at her in frustration and she looked belligerently back at me.

“I wouldn’t want you to not experience your predictions,” I finished in a huff.

We pulled into the Taco Bell drive-through line.  I took a deep breath.  “There are two things we have to do today,” I said.  “We can’t go back into the house until we’re cooler and feeling better and we can’t sit in the car and argue.”

Help me, God, or one of us just might not survive this. 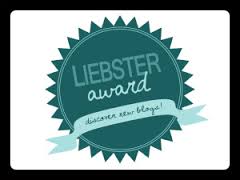